The true extent of Roan’s abilities are unknown. He has been shown to display unusual speed, astonishing resilience, and illusions of realistic quality. He is very much a people person, as all who meet him cannot help but like him. At least, for a while. He isn’t called a bastard due to his birth. Roan’s true name in unknown to the inhabitants of San Francisco. Call him Roan. Call him Bastard. But he would prefer it if you call him Sir, My Lord, or Master.

Roan is a man in his mid thirties with dark hair, good looks and a bright smile. He has been managing some number of businesses in the Barbary Coast, for some time now. They say he struck it rich early in the gold rush, and invested his profits in whores and booze. When the settlers started pouring in, his investment showed to have been solid, as he made money hand over fist.

Most didn’t know that he was in fact, a Fae. The true nature of what he was happened to be a point of curiosity. The fact that he was a minor Fae, a Selkie, was known by very few people. His ability to shapeshift by donning or removing his sealskin coat was a well kept secret. He portrayed himself as simply one of the lords of sidhe.

Personally attending to his businesses, Roan seems out of place in Sydney-town, dressed to the nines in the most fashionable clothing. He has a few bodyguards with him at all times. Some attacks have been made on him, but none have been known to ever succeed.

Though Roan’s businesses are in the Barbary Coast, he has allies throughout the city, most notably in the corrupt government, and in the banks. 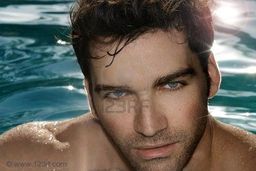